My heart goes out to the families and friends of the murder victims in Florida.

Whenever such a heinous act is committed, it’s natural to wonder why and what we can do to prevent a recurrence. In today’s posting, columnist,  Todd Starnes  answers our first question, “Why did this happen?” He believes, as do I, it happened because evil exists.

As usual, this latest tragedy is being treated as a political failure calling for more and stricter laws. Surely, if only we elect the right leaders and enact the right laws, nothing like this can ever happen again, right?

We live in a society where the long-ago citizens of those cities whose names are synonymous with decadence and evil, Sodom and Gomorrah, would feel completely at home. Were they to step into today’s culture they might ask themselves why God destroyed their towns (ref. Genesis 18 & 19) while allowing our nations to thrive. 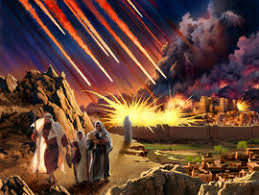 In our rush to remove every Biblical admonition and moral precept from our lives as “old-fashioned values” we have placed a seal of approval on every vile act ever recorded in the Bible as being condemned by God. Bible believers are publicly mocked or called insane, truth is subjective, gender is a social construct, all moral teaching has been removed from education and the public square, and we wonder why evil is rampant. When right and wrong are out of fashion, what else should we expect?

The real question we should be asking is, “Why has God stayed His hand?”