3 You people are unfaithful!
You go to fortunetellers,
and you worship idols.
Now pay close attention!
4 Who are you making fun of?
Who are you sneering at?
Look how your sins
have made fools of you.-Isaiah 57:3-4 (CEV)

These words from the Old Testament of the Bible are considered foolish and irrelevant by a wide swath of Americans. Indeed, the Bible is often the focus of open mockery and sneering. We are no longer even a nominally Christian country. However, it is mankind’s nature to worship; if not God, then something else will fill the emptiness within; perhaps self-love, superstition or idolatry.

In our culture, we have elevated our celebrities, entertainers, actors, and athletes to such heights with our money, praise, and adulation that they easily fit the definition of idols. Is it any wonder when they begin to act like gods?

It is natural to admire beauty, strength and skill, but admiration should never grow into worship. 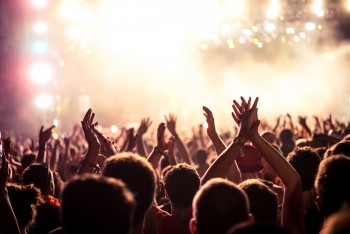 There is great power in celebrity and great temptation to abuse that power and influence. This is especially true in the world of the actor. Acting is a false portrayal by its very nature; people in fictional settings are pretending to be what they are not. We all know it isn’t real, but something happens during a performance, both to the audience and the actor. A skilled actor makes us, at least temporarily, believe they are their role. When the curtain comes down, at least a bit of that portrayal becomes identified with the actor in our mind. There is an even stronger effect on the actor.

I was involved in drama in school and portrayed several leading roles. The response of  my classmates to the person I became on stage was surprising and, at least in the short-term, this reaction influenced my self-image. Imagine how much stronger the impact can be on renowned professional actors. It is no wonder they begin to believe they have the characteristics they portray on stage or screen. Coupled with a fawning media and the praise of fans, and it is easy to see why modern celebrities believe they should tell the rest of the country how to vote, behave or feel. They are our idols and we have convinced them we are eager to follow their godlike pronouncements.

Even devout believers in the one true God are swept up in this charade. It’s time for us to withdraw from the cult of celebrity worship before our sins in this area make fools of us.